A users guide to the
‍innumerable types of snow

It’s widely considered that the Inuit have some 100 words for snow, but anthropologists are generally split on whether that’s an exaggerated urban myth or reality. Skiers and riders, on the other hand? The vocabulary can feel as limitless as the possible permutations of the flakes we’re describing and surfaces on which we slide.  by Tyler Cohen

(1) snow of improbably low density that defies logic and gravity, rising from the surface when turned through with cloud-like buoyancy to swirl, swoop and remain suspended in air like a floating, drifting dream of the deepest day ever
(2) the guy in the lift line who won’t stop talking about how deep his last run was

(1) a savory, cream-like product that’s solid when chilled, liquid when warmed and deliciously smooth and spreadable at temperatures in between
(2) should not be confused with margarine, a synthetic substitute of imitation
(3) also see: buttah

(1) a surface with an improbable level of impenetrability, often caused by warming followed by a deep, unrelenting freeze

(1) a nonporous surface of densely packed snow granules that, in spite of its hardened qualities, remains edgeable and, when planar, can often offer pleasant turns

(1) frozen, ultra-hardened snow that invokes the eponymous term on skis, knees and, under the most dramatic circumstances, teeth

(1)  a dramatically uneven plain of snow punctuated by raised, rigid features resembling the size and shape of poultry heads 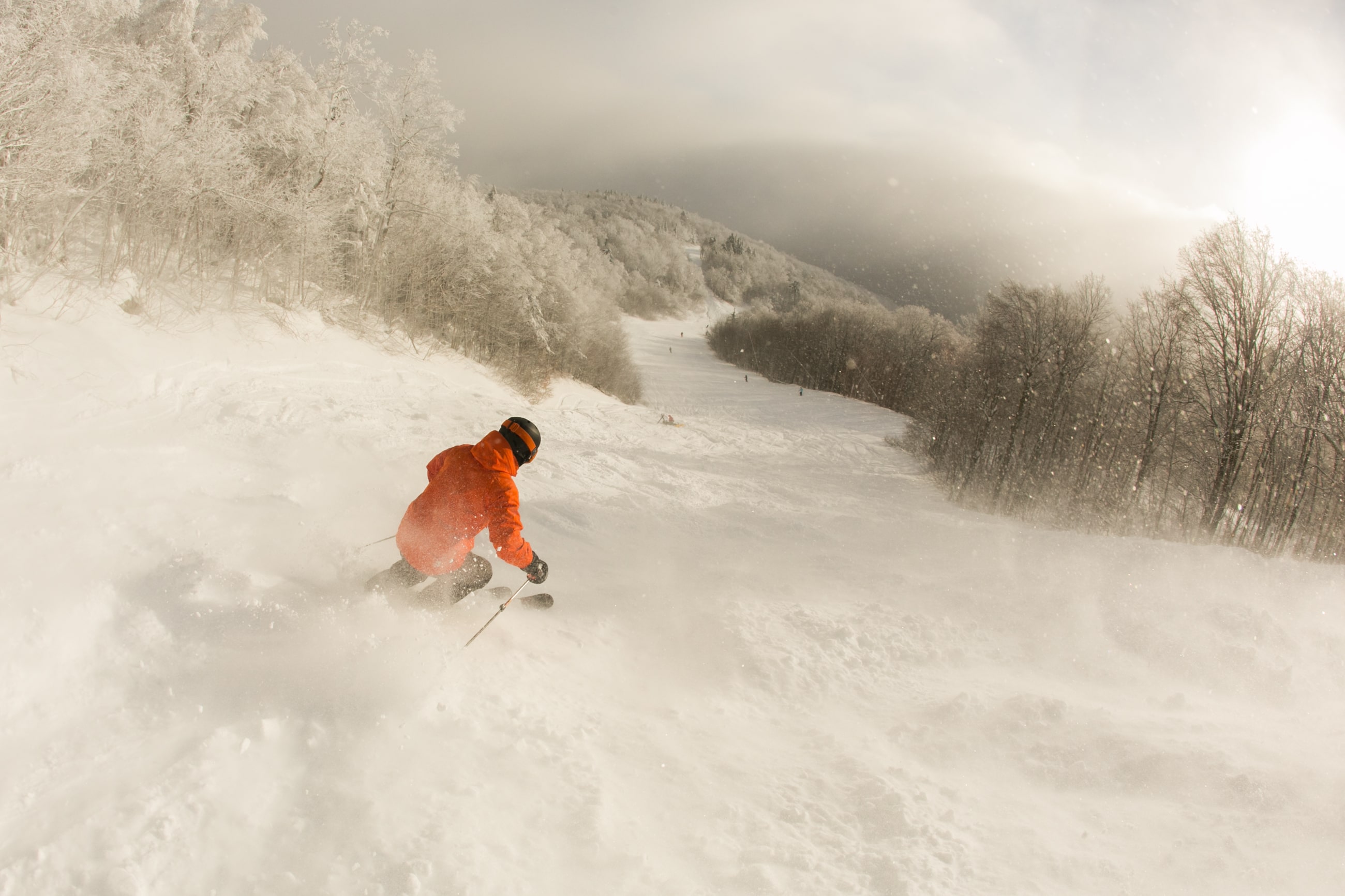 chunder from down under

(1)  powder snow’s coldest and smokiest known form
(2)  a byproduct of enormous snowflakes and/or snowfall at deeply cold temperatures
(3)  widely known to cause temporary respiratory distress when inhaled, as well as facial muscle spasms due to excess grinning

(1)  freshly fallen snow of excessive water content, partially but not fully baked
(2)  lacking chocolate chips and therefore not all that sweet 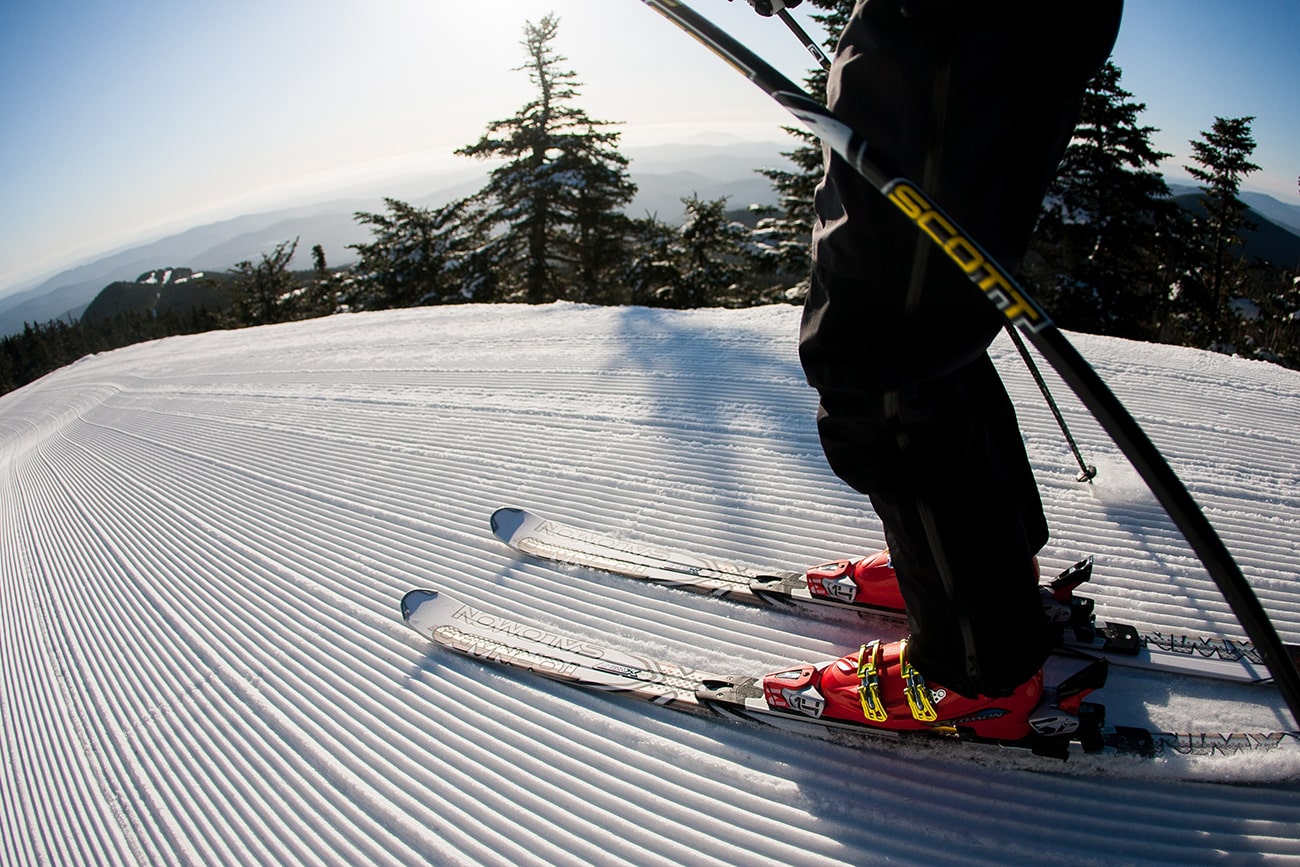 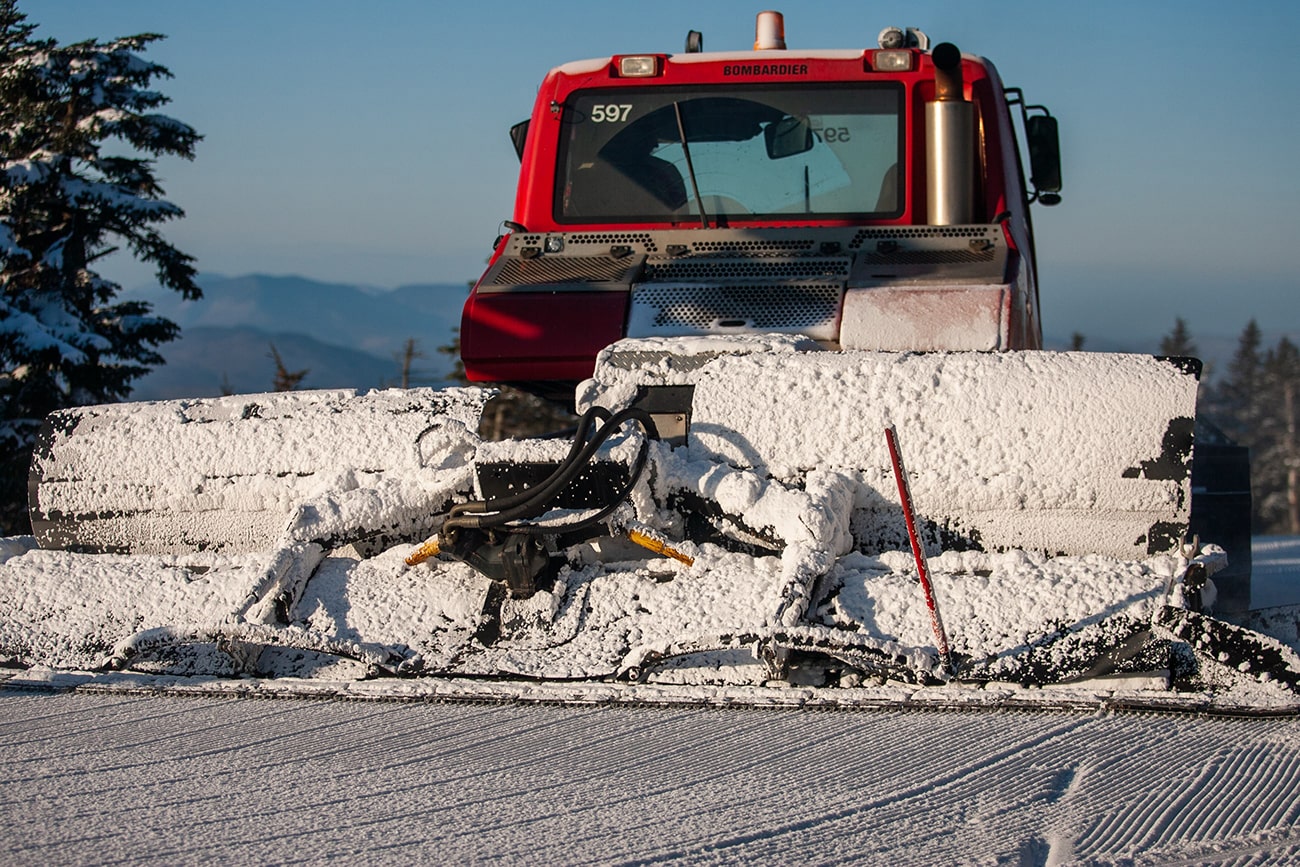 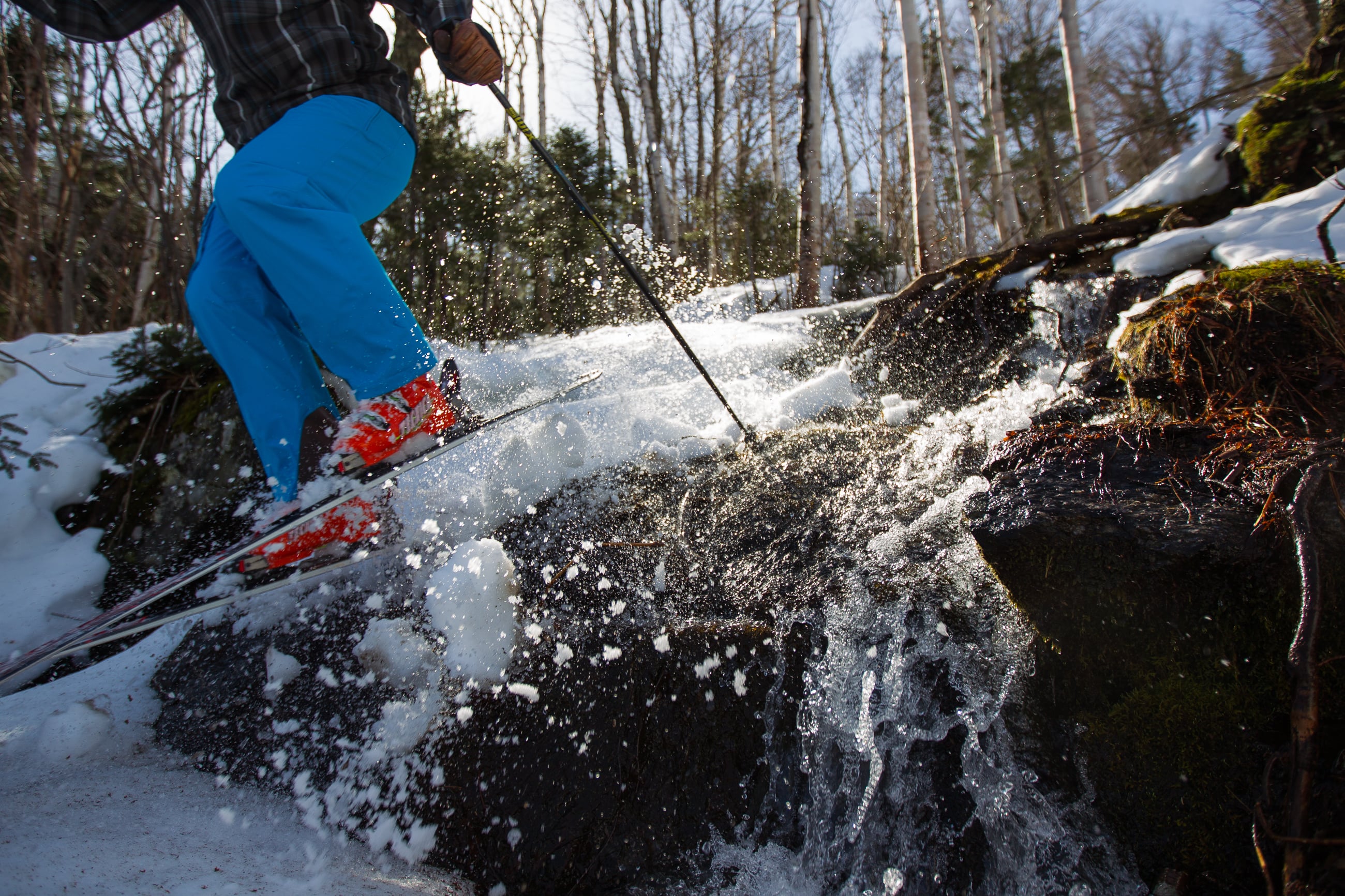 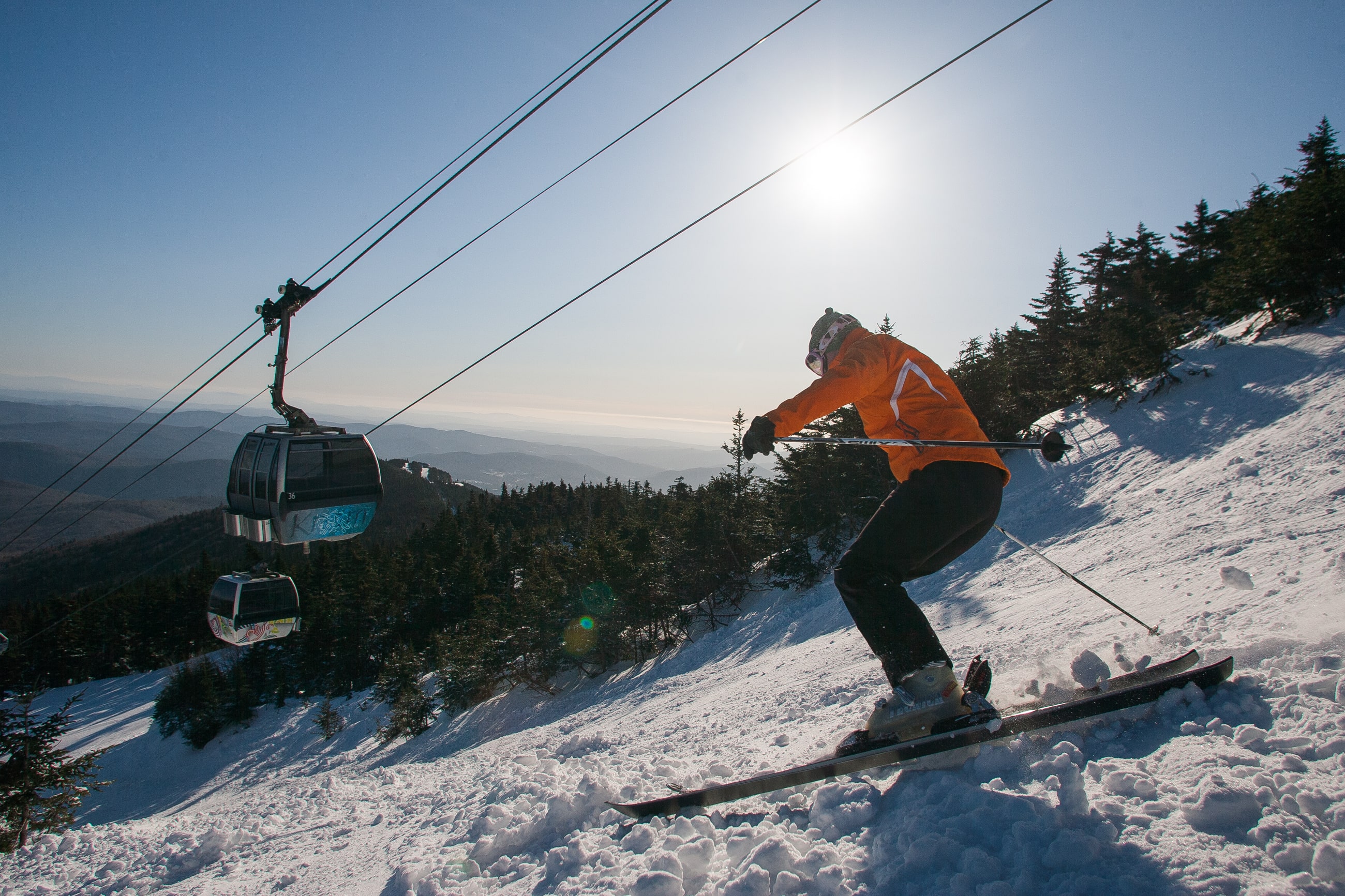 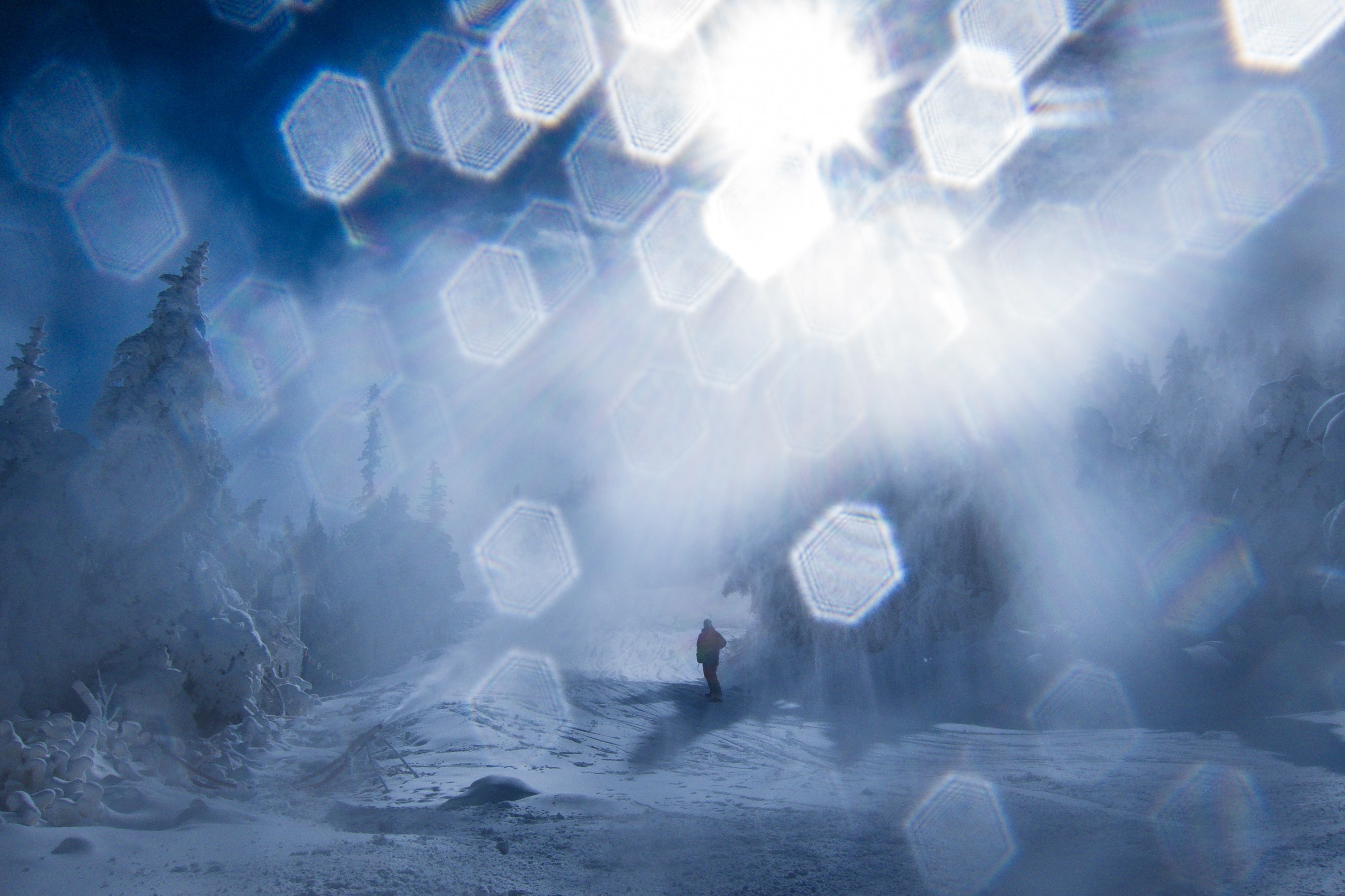 (1)  a marshmallow-like substance that’s tacky in a weird, unnatural kind of way

(1)  a tomato-centric, vegetable-based soup of Spanish origin that, while occasionally used to describe snow, has literally no connection aside from the fact that it’s best served cold

(1)  individualized conglomerations of snow and/or ice, each roughly the size and shape of a marble, that together form a rolling, low-friction surface
(2)  also see: frozen granular; deep granular; ball bearings 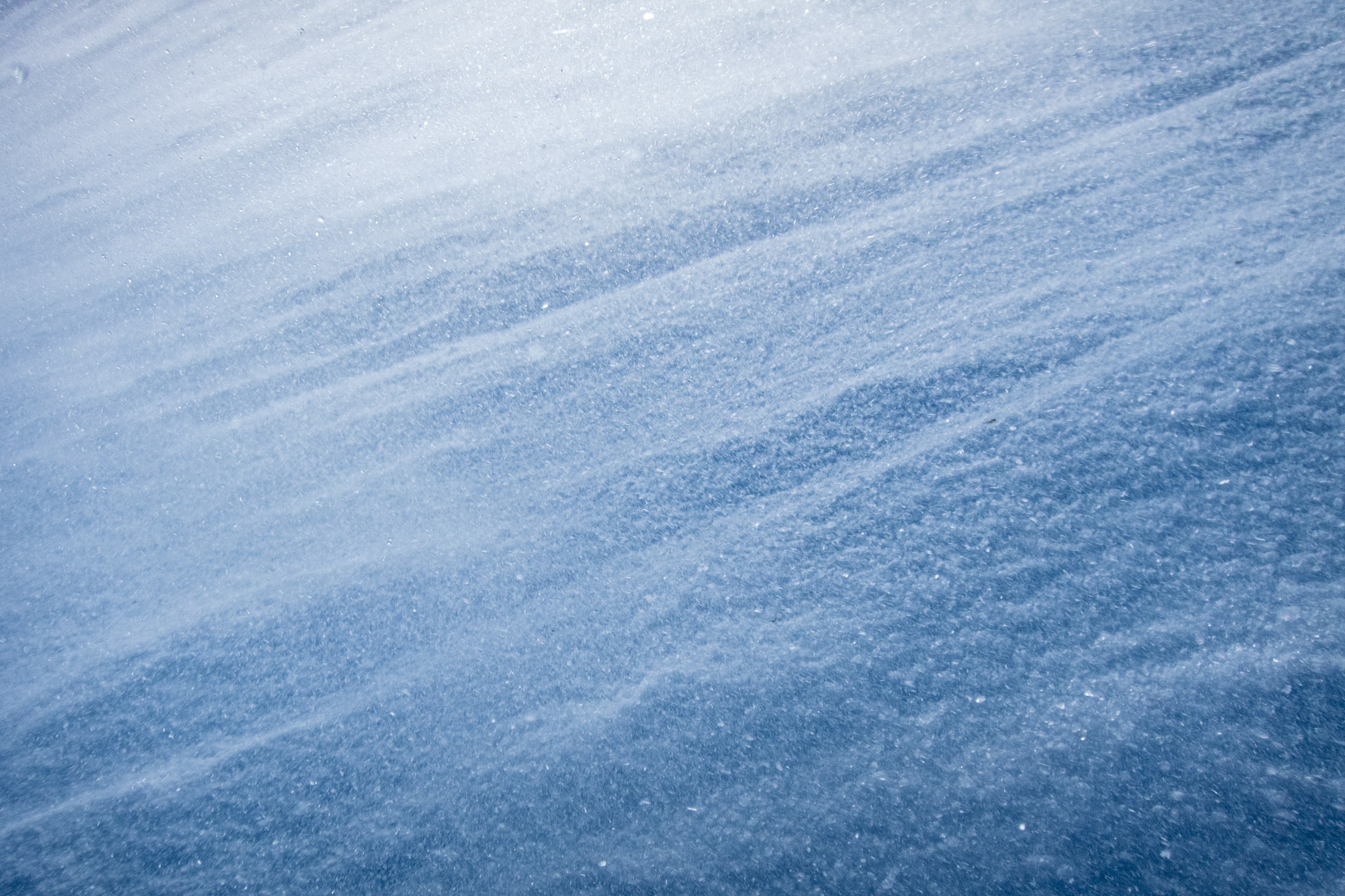 (1)  a compact, ultra-durable surface prized among racers and those who like to go fast
(2)  occasionally used in polite reference to ice
(3)  also see: New England packed powder 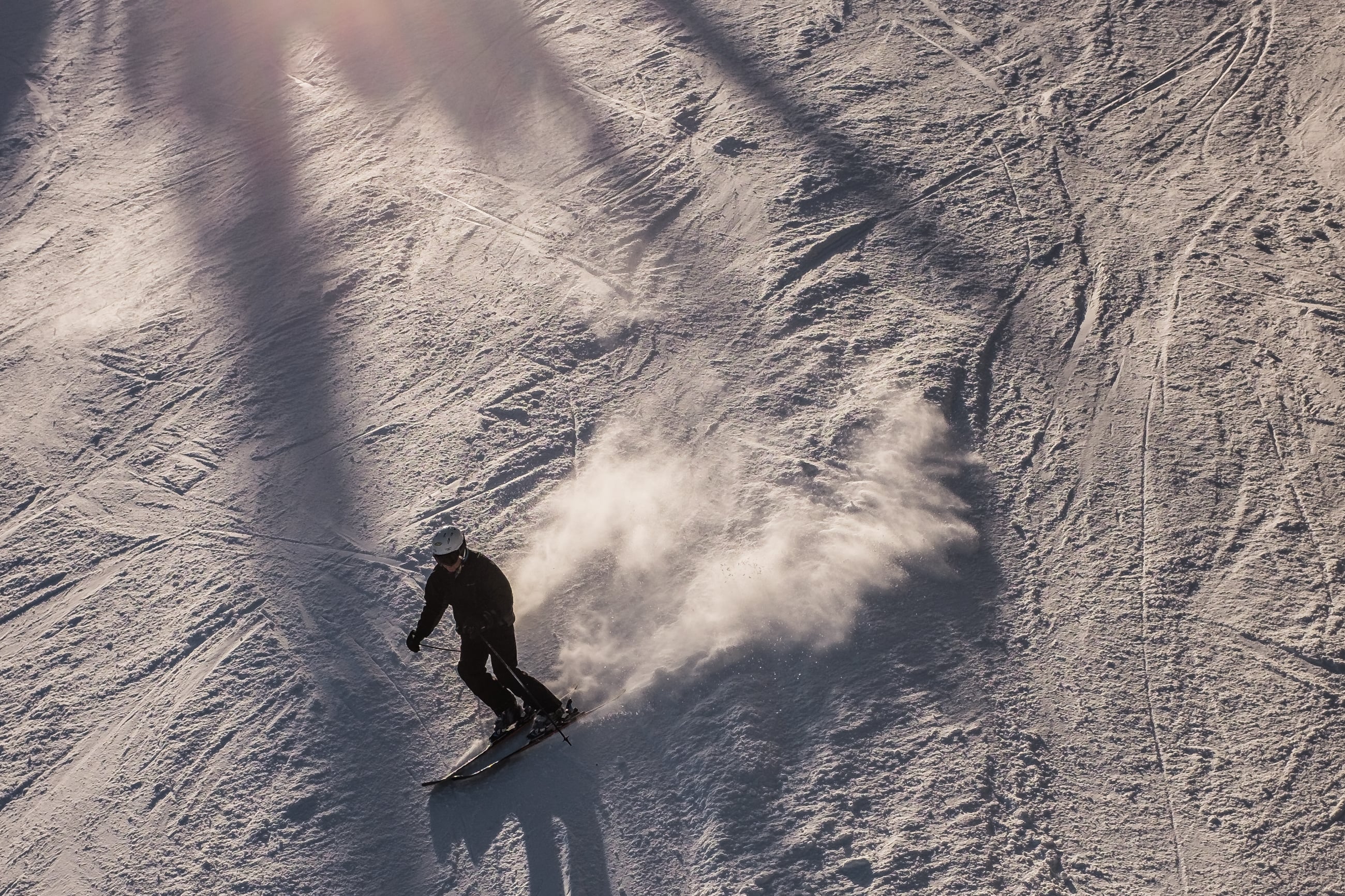 (1)  not better than not skiing (2) also see: frozen hellscape

(1)  powder snow of such low density and uniform consistency and depth that anyone skiing or riding through or beneath it will look good, even Jerry
(2)  also see: cowboy powder

(1)  powder snow overlaying a firm base that, while pleasurable to ride, is audibly less pleasurable

(1)  a dramatically uneven plain of snow punctuated by raised, rigid features resembling the size and shape of poultry heads 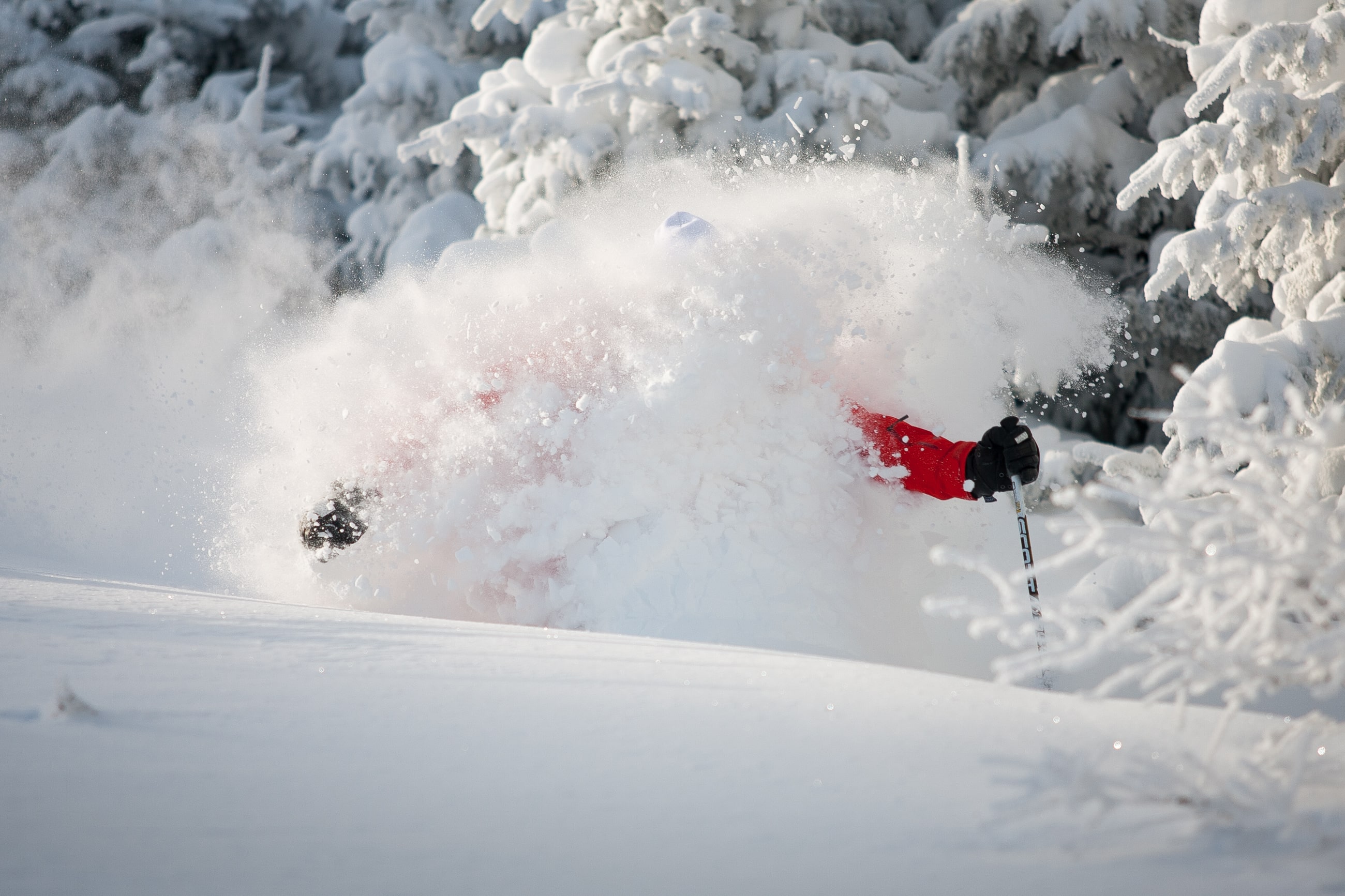 (1)  definitely not the same thing as above 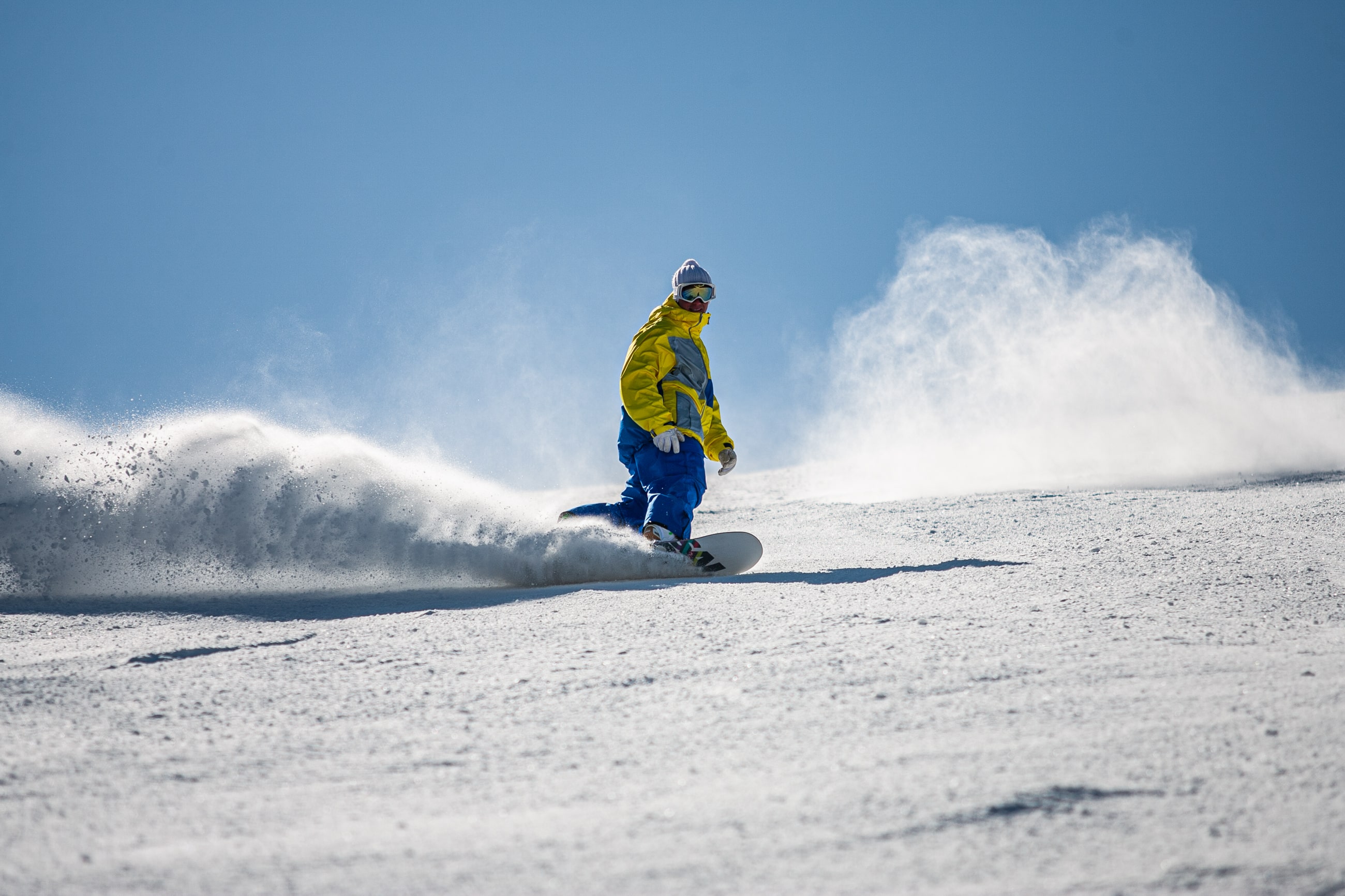 (1)  soft, loose snow that, once disturbed by tracks, tumbles and rolls down the fall line
(2)  also see: slough

(1)  fresh, pliable, ice cream-like snow
(2)  the term improperly used outside of Vermont for a creemee