If you live on the East Coast, you’re never too far from the water—namely the Atlantic Ocean. But even in the heat of summer, the ocean has its downsides when compared to central Vermont’s idyllic H2O hotspots.

Take sharks and other toothy creatures of the deep, for example. And seagulls, which will snipe a baby’s french fry with the guts and guile of a fighter pilot. And let’s not forget about the beach bros, with their big muscles, bigger attitudes, flat tops and baby oil. Think Real Housewives of New Jersey meets New Hampshire’s Hampton Beach. Not to mention the hordes of other beachgoers scrambling to claim a few square feet of sand.

What Vermont lacks in coastline and crowds it makes up for with serene rivers, lakes, swimming holes and secret spots to splash and chill. The state has over 800 lakes and approximately 7,100 miles of river. Whether you’re looking for an idyllic place to kayak or SUP or bigger water to boat and blow off some steam, the Killington region sets a high-water mark.

Here’s where the locals head when summer heats UP. 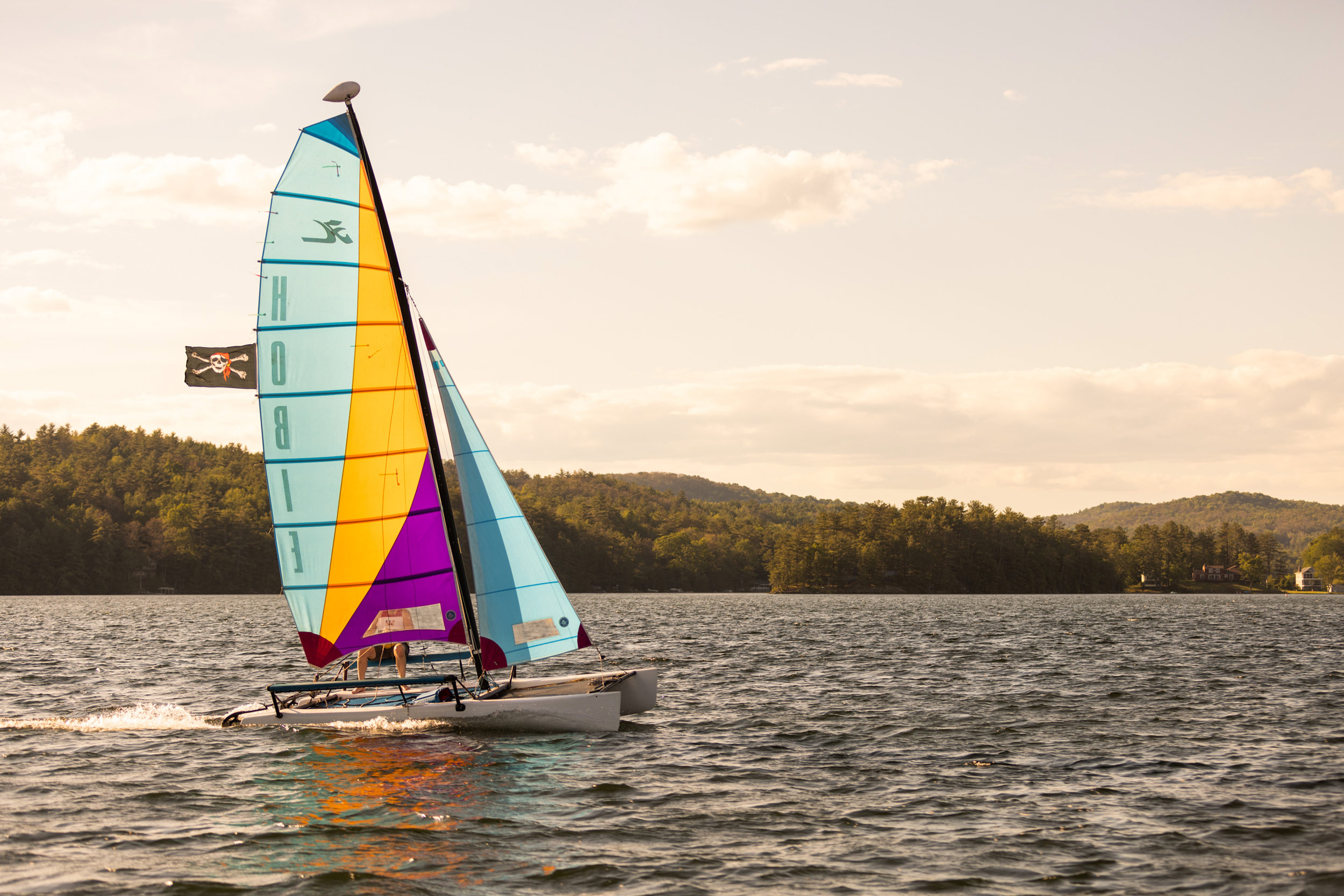 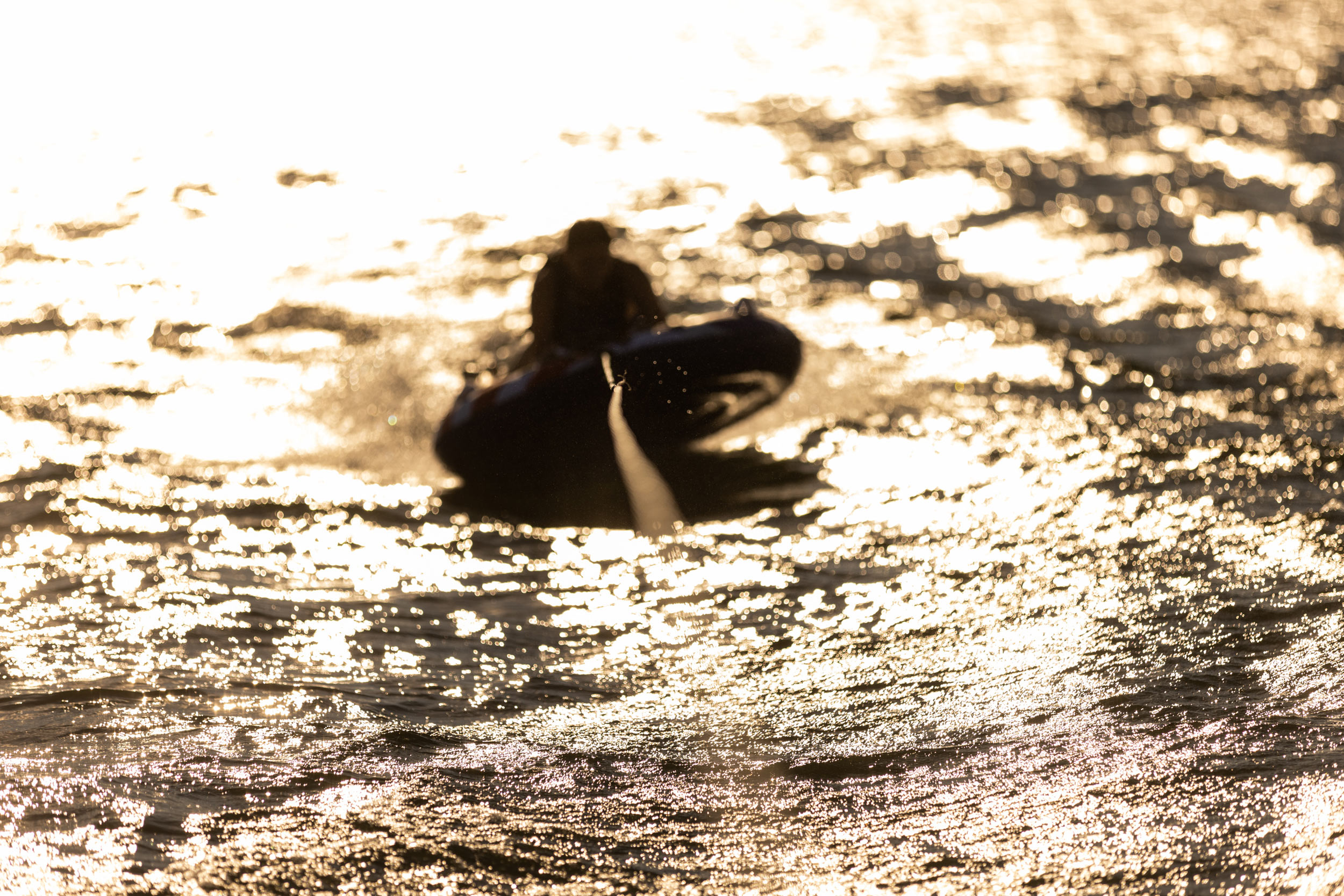 Lake Bomoseen is the largest body of water located entirely in Vermont. It’s narrow and long—it feels small but runs nine miles, north to south. A lot of winter enthusiasts from the area spend time at the lake in the summer. It’s got a lot of character—from older, minimalist fishing camps to a private island to multi-million dollar homes.

Growing up in Rutland, we’d spend a month there at a time. It’s a great place for families. We like to get out early and waterski when the water is calm. You see a lot of wildlife, including loons and bald eagles. As it gets later in the day and the wind picks up, we’ll get on the sailboat. When the wind is blowing from the north or south, it makes for a really nice day on the water. —Mike Aicher 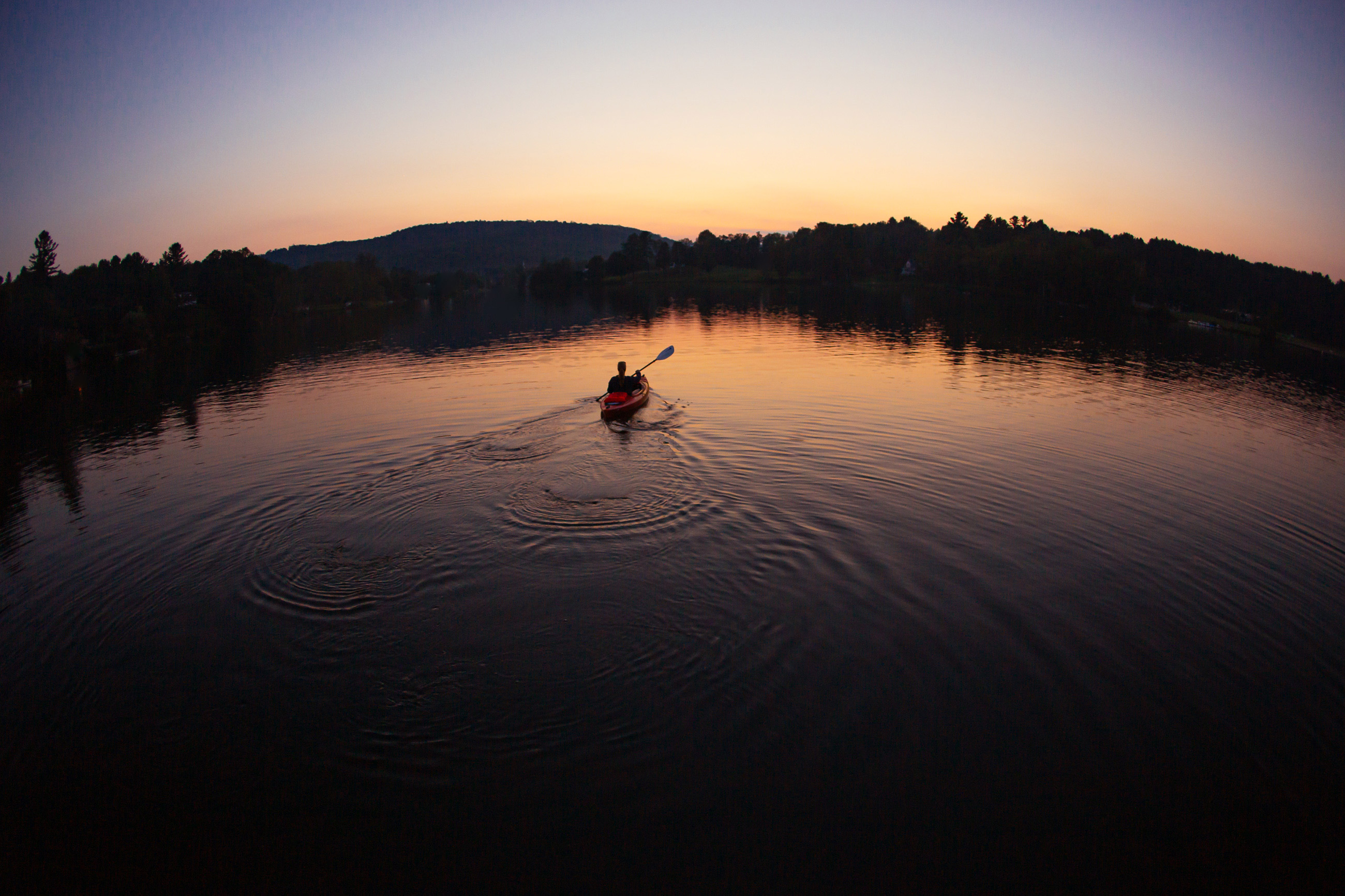 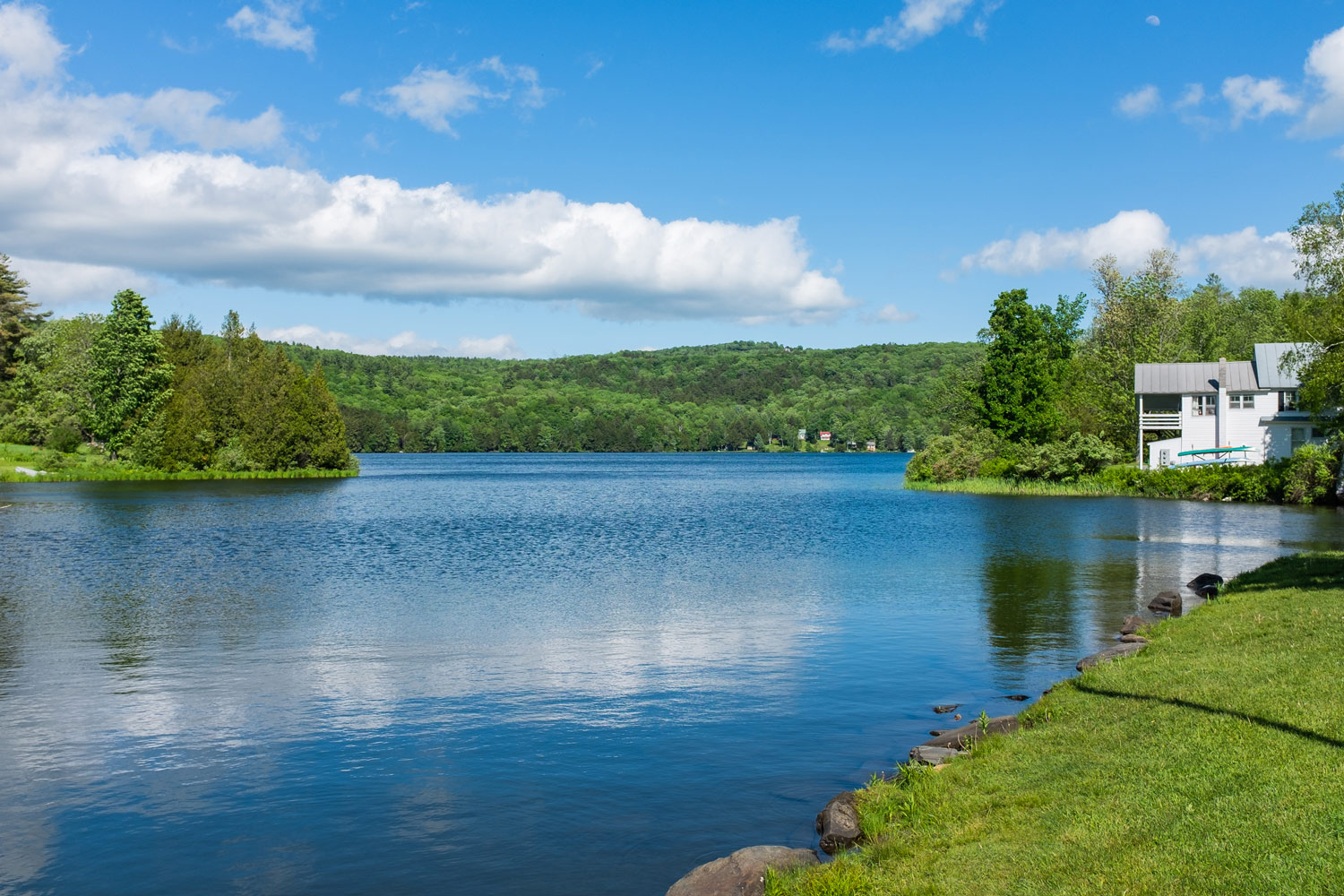 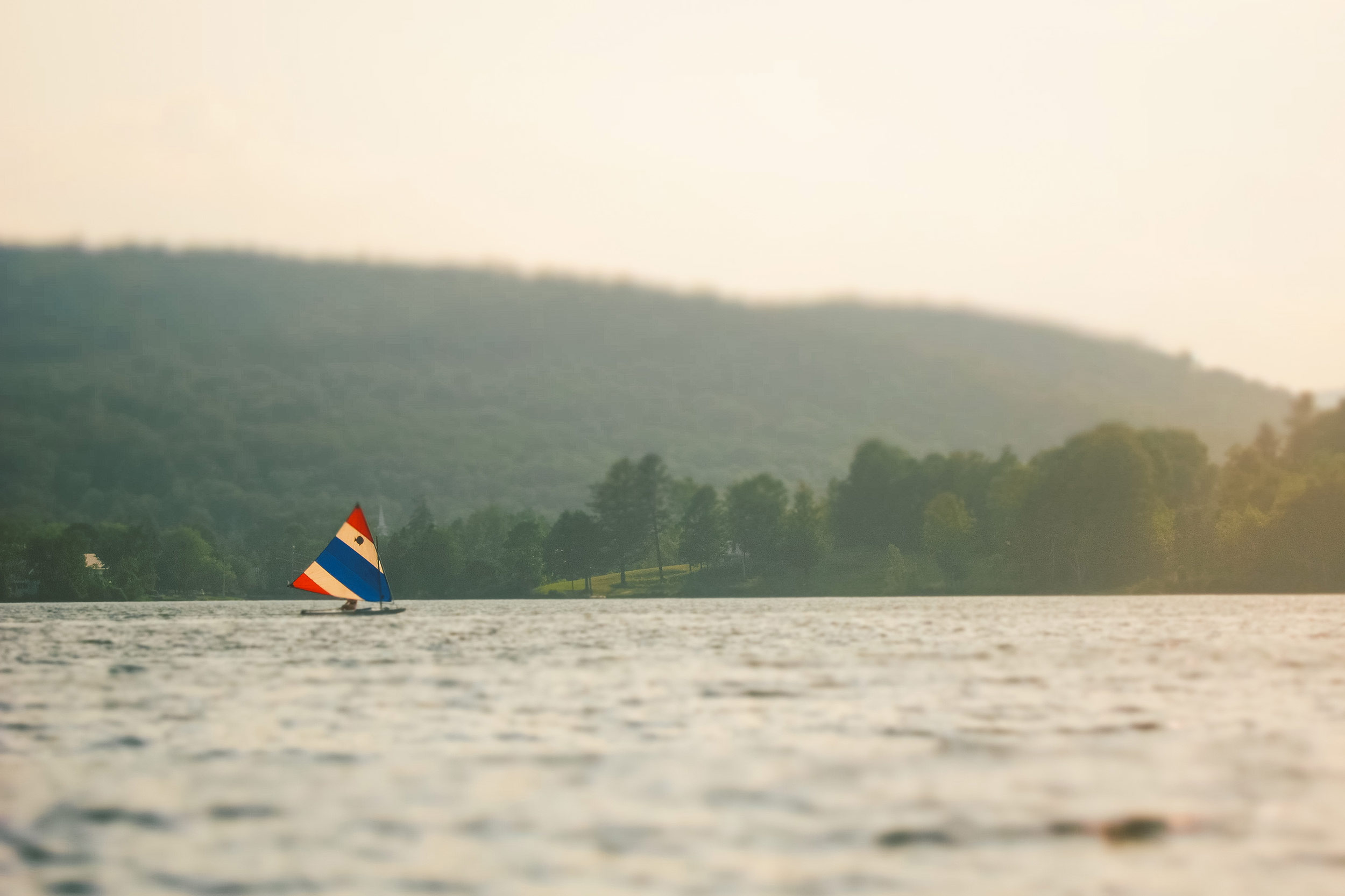 On a warm summer day, Silver Lake simply begs passersby to jump in. Many people will do so from the lawn opposite the Barnard General Store, where a handful of picnic tables sit roadside next to a small parking area. About a quarter mile up North Road lies 34-acre Silver Lake State Park, known for its sandy beachfront. At the waterfront, boat and SUP rentals are available, and Silver Lake offers pike, perch and bass fishing. Want to soak it in for a few days? The park includes 39 campsites and seven lean-to shelters and, like with all Vermont State Parks, there’s a nominal day-use fee. —Tyler Cohen 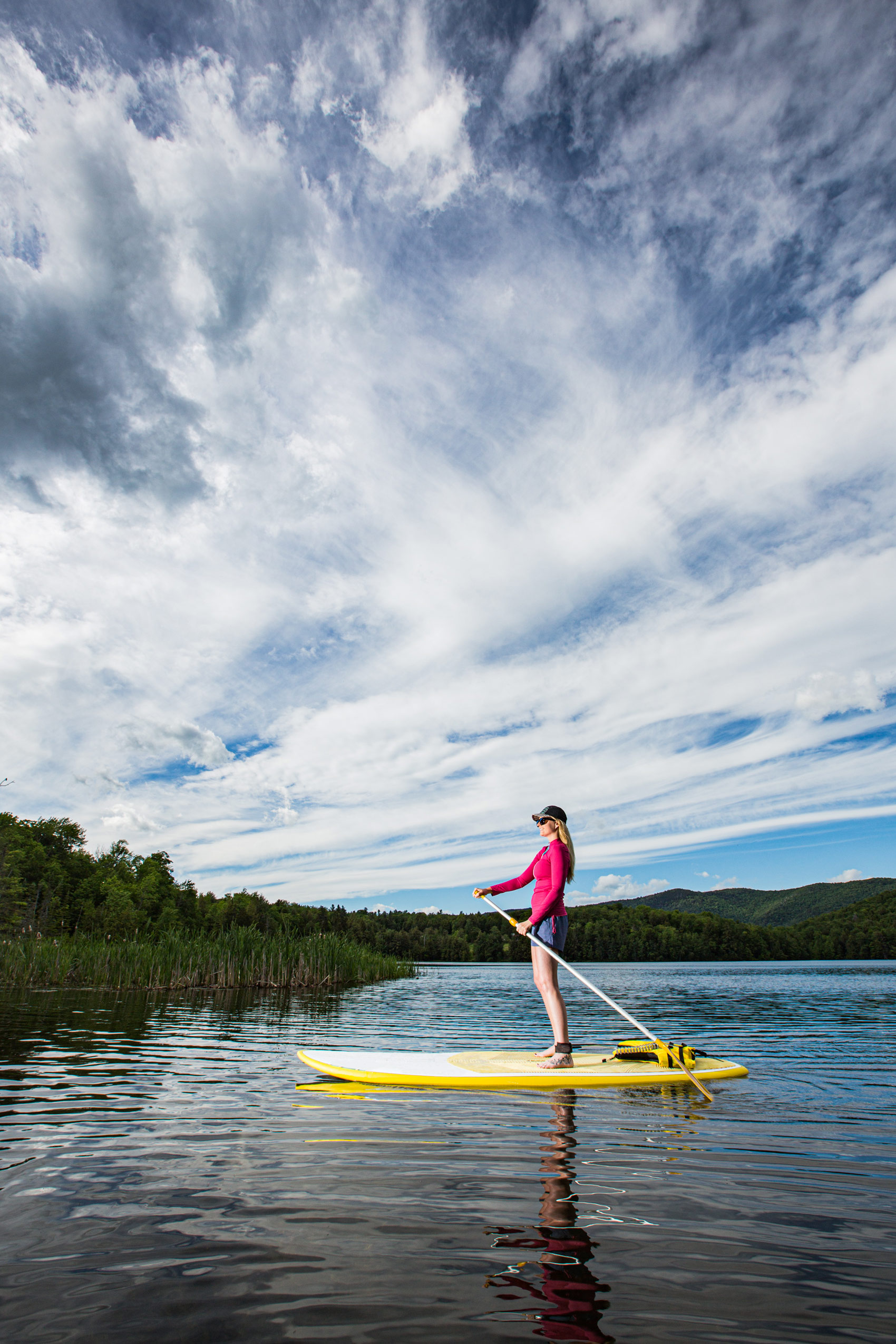 I drive by Kent Pond in Killington to and from work, so it’s easy to squeeze in morning and late-day paddles. On warm, sunny days, I’ve been known to hit four or five ponds around the region. I call it “pond hopping.”

During one late summer sunrise on Kent Pond, a friend and I watched an osprey catch a fish right in front of us, and then we sat in awe as a bald eagle tried to steal it away. I’ve seen adult snapping turtles wrestling while a blue heron stood above watching. —Barb Wood 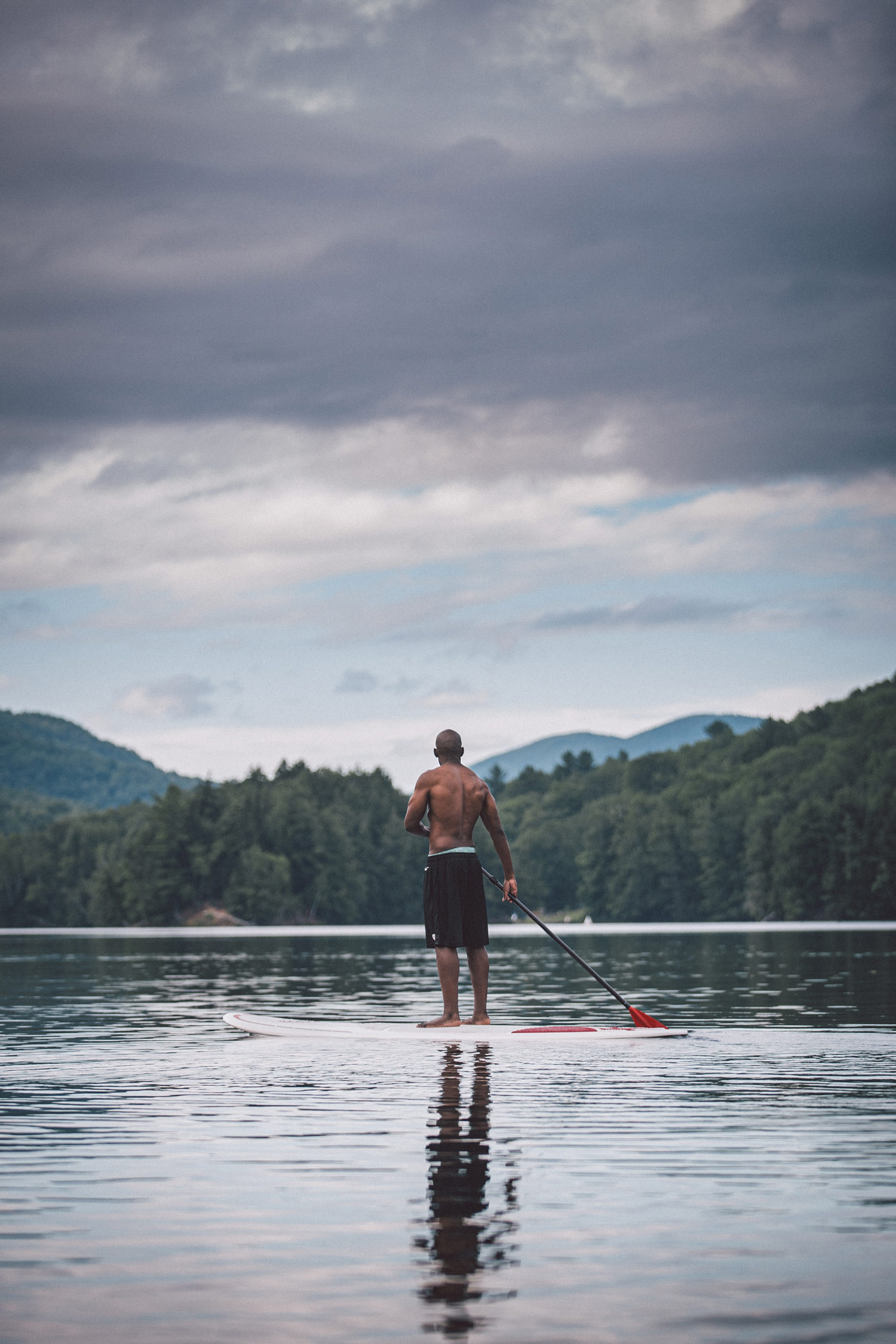 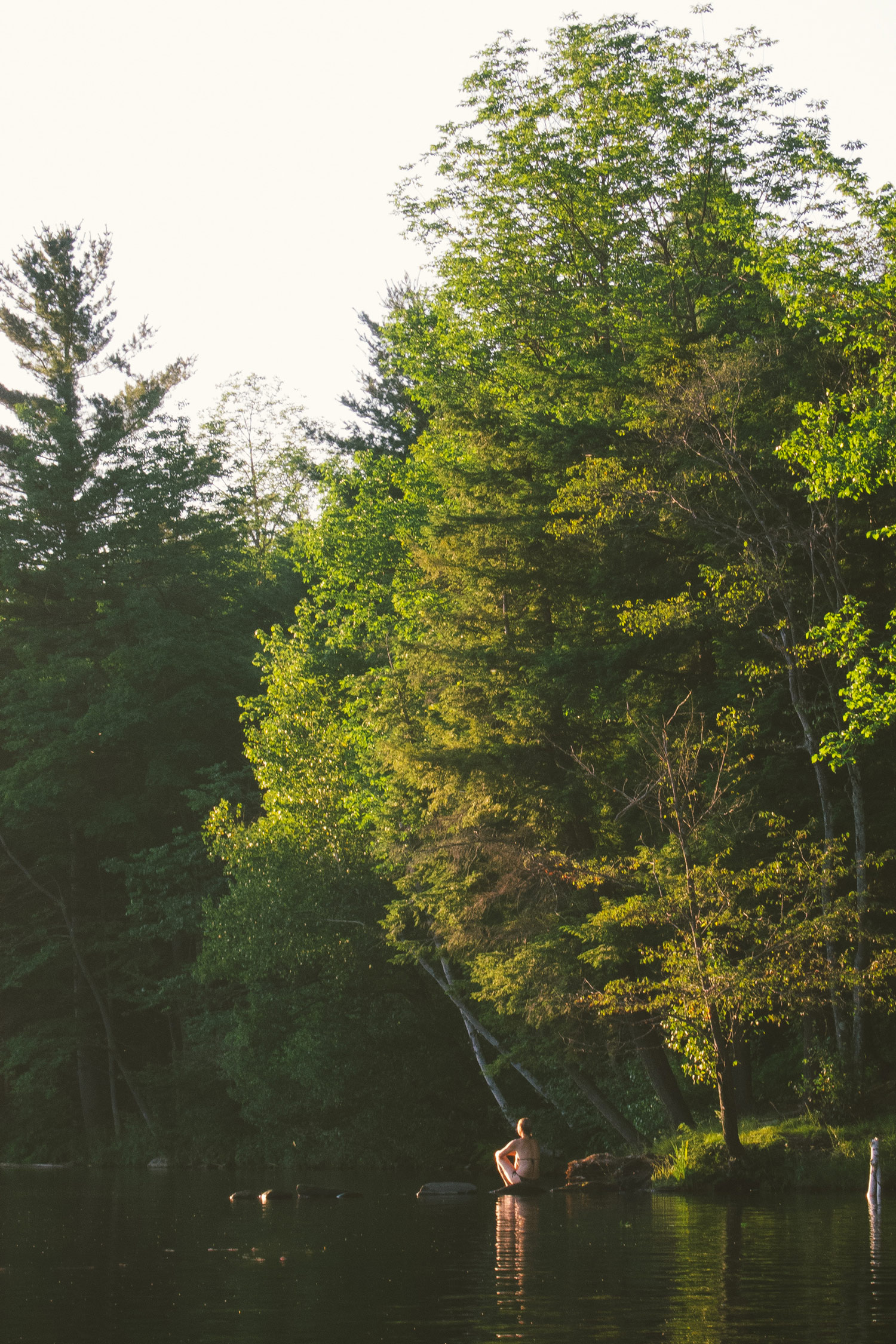 Woodward Reservoir has a public boat launch that makes it pretty easy for people to load and unload kayaks, paddleboards, canoes, small fishing boats and whatnot. But it’s also really nice because it’s a “no wake” lake, so the max speed that someone can travel in a motorboat is like five miles an hour.

There are multiple coves along the shoreline that you can meander in and out of. For a smaller lake it’s fairly deep but very, very clear, and by July it’s really nice for swimming. So if people want to pop off their paddleboard or kayak and go for a little swim, the water is crystal clear. It’s definitely one of the clearest bodies of water in central Vermont. —Randy Elles 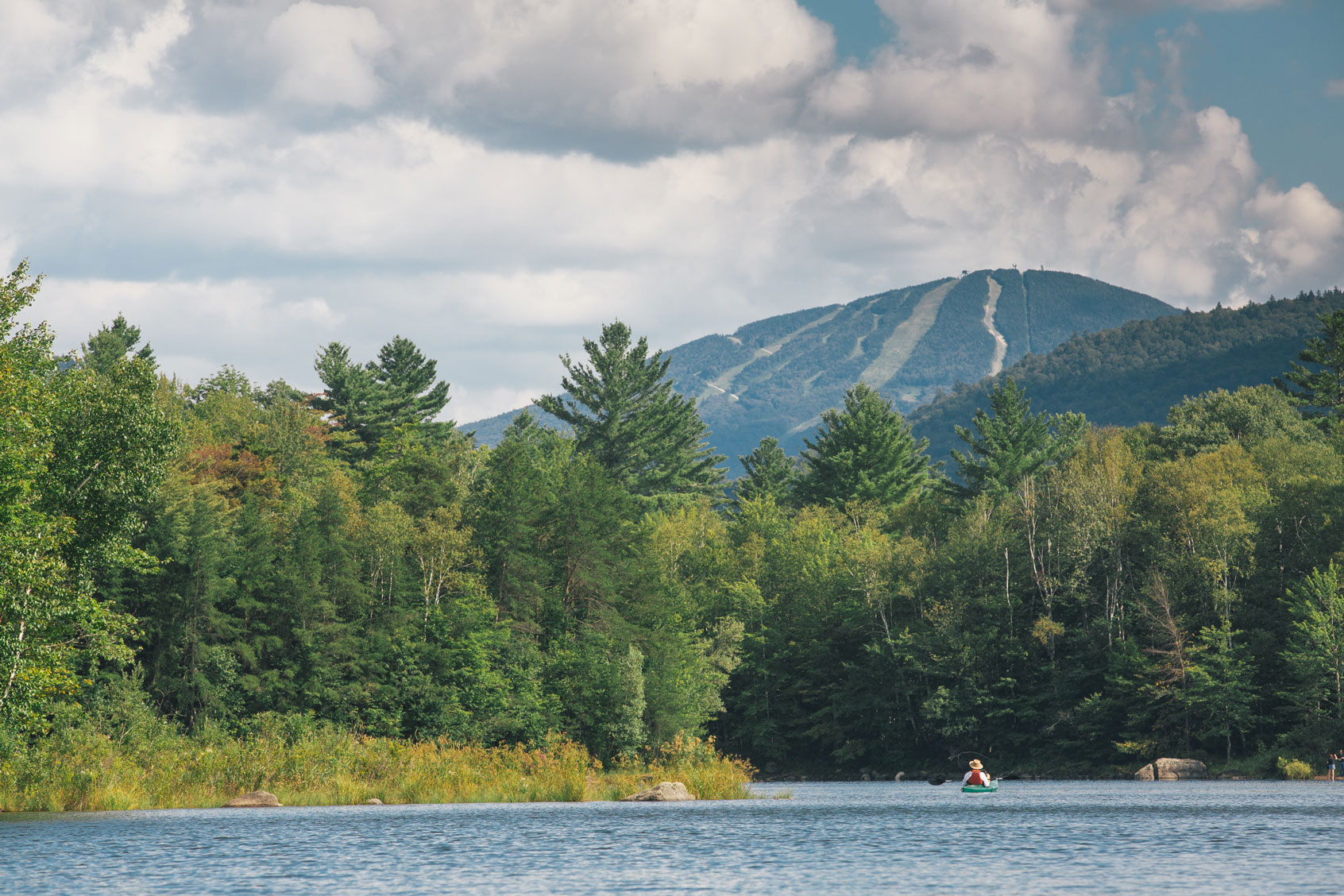 Larger than Woodward Reservoir but not as big as Lake Bomaseen, 721-acre Chittenden Reservoir is surrounded by Green Mountain National Forest and offers idyllic views of Pico and the surrounding area. The reservoir was developed in 1909 by Central Vermont Public Service (CVPS) by damming East Creek. The dam was installed for power generating purposes. CVPS owns the lake and because it’s surrounded by National Forest, there is little lakefront development with the exception of a handful of private cottages along its heavily-wooded seven miles of shoreline.

Stocked annually with trophy trout, the Black River is a favorite of locals and visitors alike. Thanks to deep holes and large rocks there are lots of places for these monster trout (ranging from 16-22”) to hang and hide. I would recommend fishing in the late spring and early summer as the river tends to flow low and warm in the heart of summer. —Justin Cash 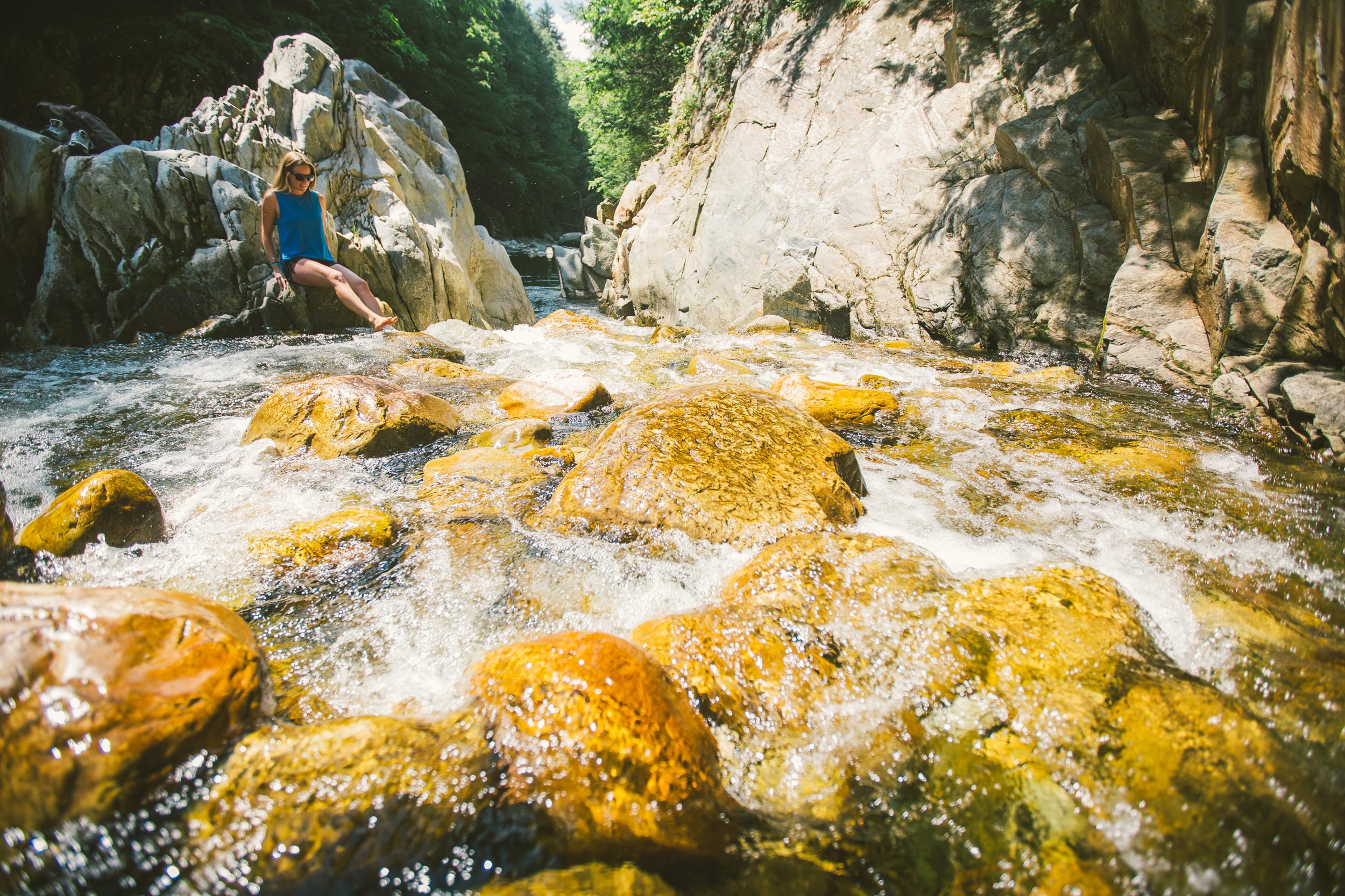 Mill River and Clarendon Gorge are ideal for swimming and chilling and soaking in the Vermontness. The nearly 18-mile stretch of river is a tributary of Otter Creek. Just before the town of Clarendon it passes through Clarendon Gorge, where it is crossed by the Appalachian Trail, creating an ideal pitstop for day hikers and thru hikers alike. —Buttery 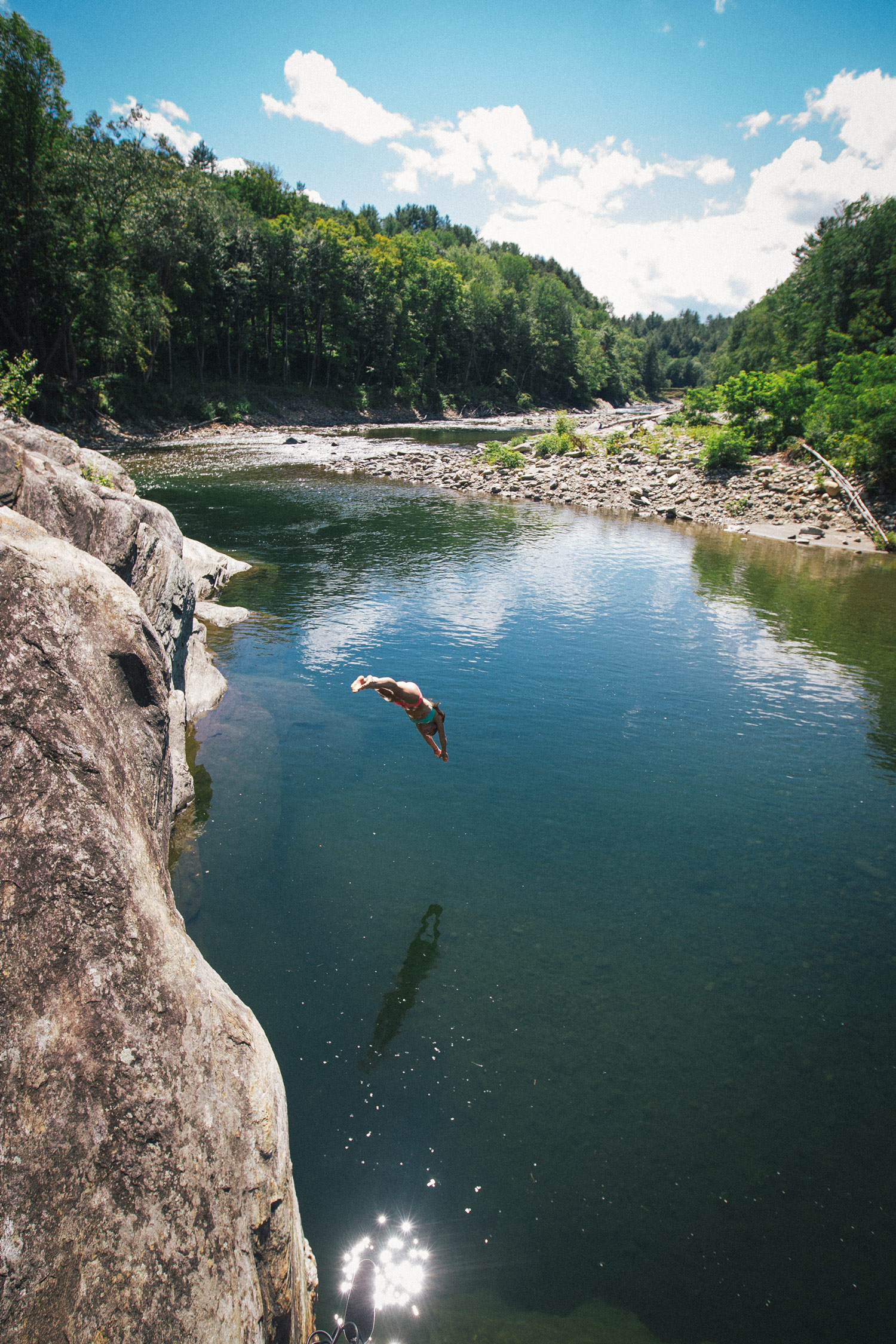 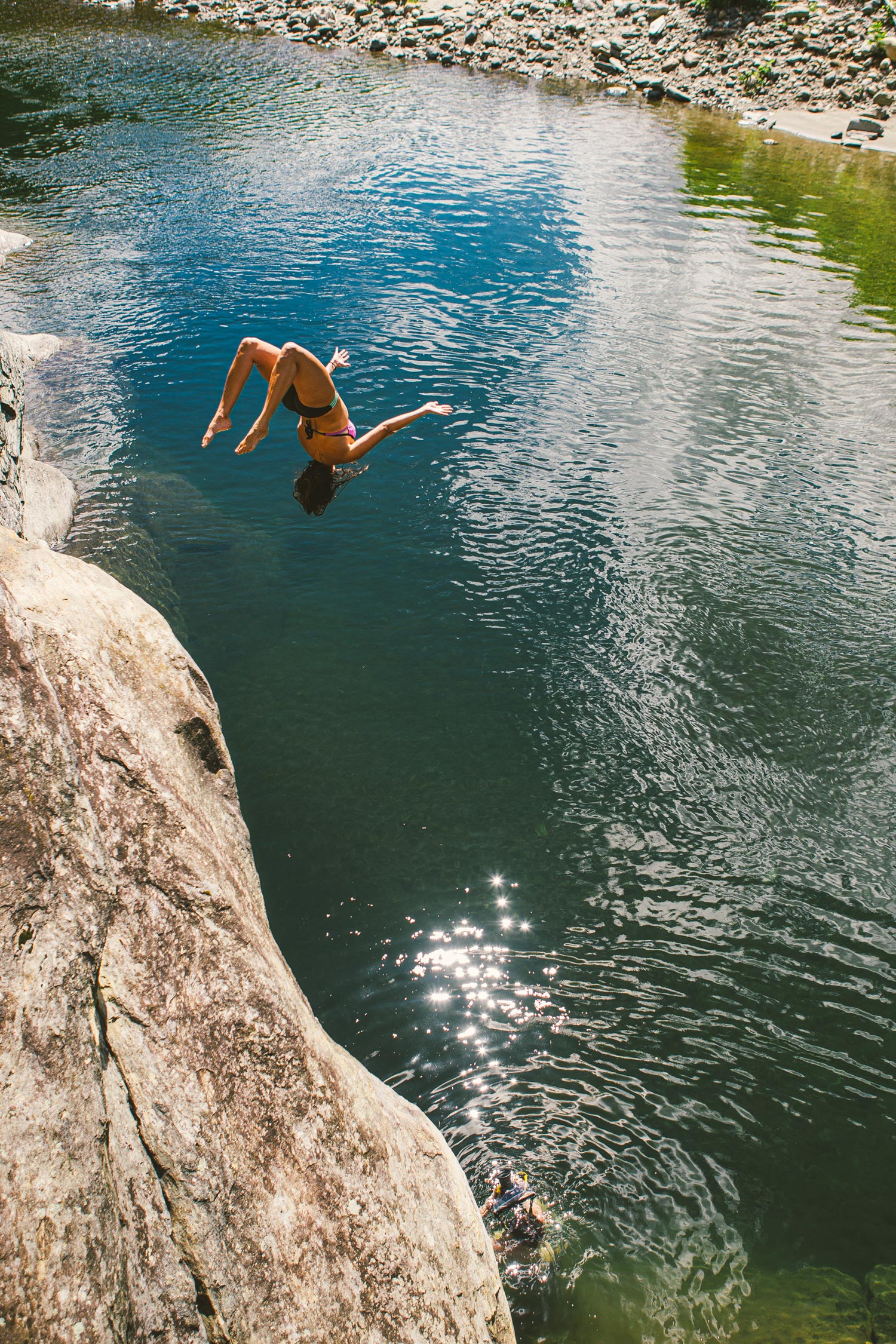 Whether hunting for secret swimming holes, fishing or paddling, visitors will appreciate the recent upgrades to the former Gaysville campground site, just downstream from the bridge. The improvements include a small parking area, a walking path and two new river access trails. —Buttery